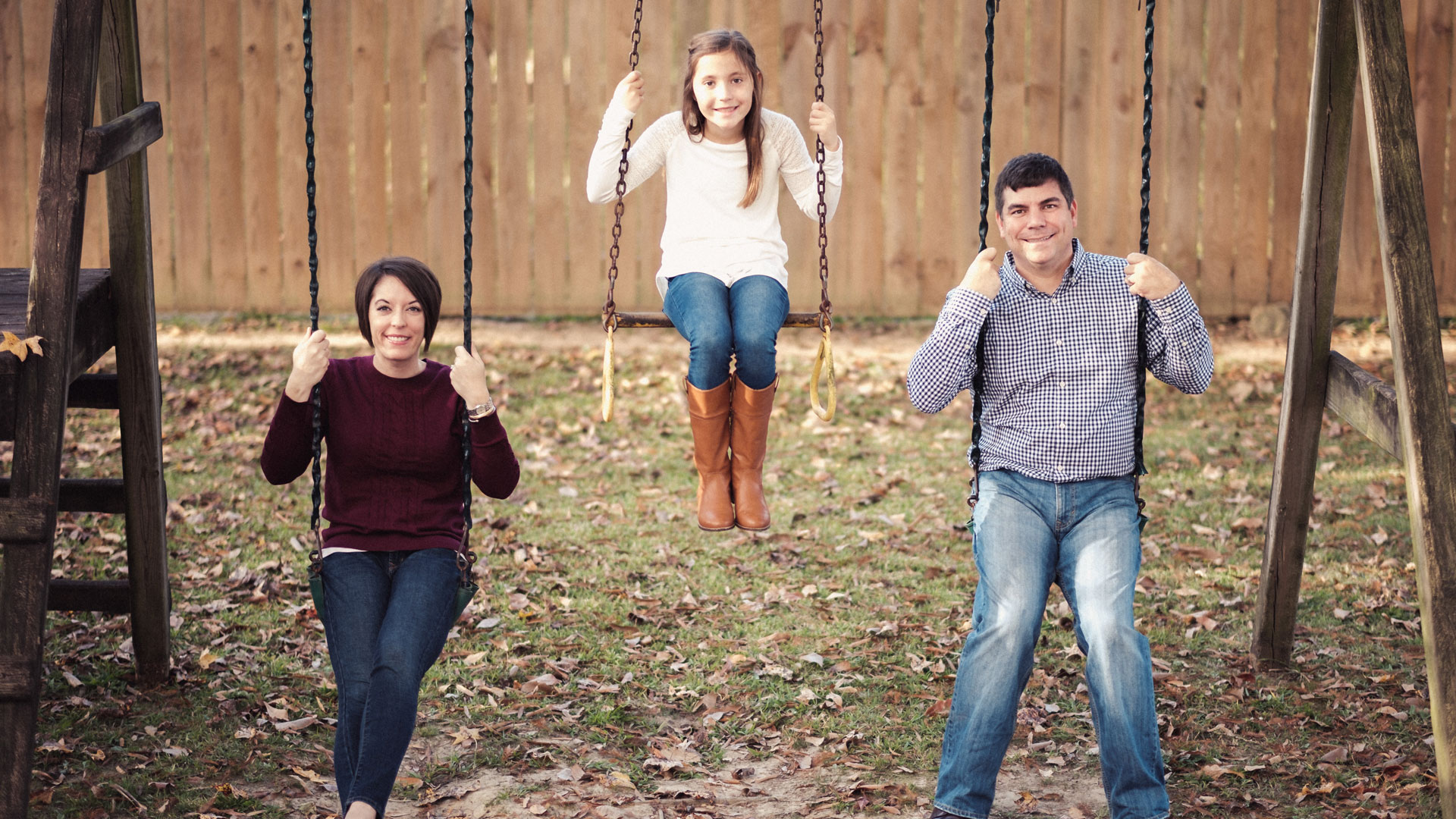 Mary Leah Coco has big plans for her 42nd birthday in a few years. It’s an important milestone for someone diagnosed with heart failure at age 30.

Coco was aware of her family history of heart conditions. In summer 2008, she was pregnant with her daughter, Annie, when her mother was diagnosed with a hole in her heart at age 54. She’d always been told the issue was a heart murmur.

Two years later, Coco decided to visit Dr. Lance LaMotte (who treated her mother) for a wellness checkup. She was 30 and thought perhaps she was being paranoid about health issues because she was so young.

An echocardiogram, also known as an “echo,” later showed she had dilated cardiomyopathy – essentially an enlarged heart that has difficulty regulating blood flow. The left side of her heart was three times its normal size and operating at about 10 percent of its normal function.

Put simply, her heart was failing. It was Nov. 11, 2010 – Veterans Day. She remembers the experience like it happened yesterday.

“Looking back, I remember feeling exhausted, but I had a 2-year-old, was finishing my Ph.D. and working full time. I would have never known,” she recalled. “That’s why knowing your family history is so important.”

Coco was alone at the appointment and hearing such major news was understandably devastating. Dr. LaMotte suggested she call her husband and mother and ask them to join her before they talked more, a simple gesture that resonates with her all these years later.

“He shifted my perception on doctors,” she said. “We were back in the exam room with him for almost an hour, so I’m quite certain that ruined his entire schedule for the day. This was a really formative day in my life. He’s taught me that not all physicians are created equally and given me such a deeper appreciation for what they go through every day with patients. He’s such a wonderful person.”

Coco said she gave herself about 24 hours to wallow in the news and then was determined to stay positive.

“Life doesn’t stop,” she said. “It was a life-affirming moment. I made the decision that every day I was going to live life, volunteer, work and travel. I thought I was going to have four kids. I thought I’d run a marathon one day. I’ve had to re-envision what my life looks like, and that’s OK.”

Seven months after she was diagnosed, Coco blacked out while she was stopped in her car at a stoplight. A helpful stranger came to her rescue, putting the car in park and dialing 911. Coco had saved her medical information on her cellphone with the help of an American Heart Association app, so her helper was able to communicate necessary details to emergency responders.

Shortly after that incident, she had surgery to implant a defibrillator in her chest. The device reduces her risk of dying from sudden cardiac arrest. Because of her young age, Coco initially felt lonely living with heart failure.

“It’s almost as though no one knows what to do with you,” she recalled. “No one wanted to tell me I shouldn’t have more biological kids because my body couldn’t handle it. My friends didn’t know what to do. Heart disease is the No. 1 killer of men and women, but the treatment isn’t visible like other types of treatment. I look pretty normal. It’s almost like people forget that I’m sick. Sometimes, I forget I’m sick.”

Back to that 42nd birthday party. While she hasn’t had any major health complications since having the defibrillator installed, shortly after her diagnosis, doctors told her she would eventually need a heart transplant. She’s not on the active transplant list, but there are rules regarding the list, including that patients need to live within two hours of the transplant hospital. She’s been working with transplant experts at Cleveland Clinic, which means she’d have to move to Ohio – a relocation for which she’s not quite ready.

So her goal is to make it to age 42 with the heart she was born with. In the meantime, she’s shared her story with the local and national American Heart Association in hopes of educating others about heart disease.

“There is always grace and mercy that come out of things that could have been life-shattering,” she said. “The fact that I can help give people knowledge and empower them to make better life choices is amazing.”

She still sees Dr. LaMotte at Baton Rouge Cardiology Center at least every six months and undergoes transplant evaluations once a year.

“My mother’s decision to see Dr. LaMotte and him finding that hole in her heart directly saved my life,” Coco said. “Living with heart failure at such a young age is like hanging from a cliff by your pinky and not knowing when your grip’s going to go. All things considered, I’ve been pretty fortunate. If my health isn’t declining, I consider that a great day.”

Dr. LaMotte shifted my perception on doctors. He’s taught me that not all physicians are created equally and given me such a deeper appreciation for what they go through every day with patients. He’s such a wonderful person.

I believe I have the best cardiologist there, Dr. Terry Zellmer. Not only is he my doctor but also a great friend. His staff is second to none. May God bless you and the wonderful people at BRCC.

Love Dr. Kelley. I can go there a nervous wreck, and he talks with the cool demeanor and calms me down and lets me know you’re getting better, it’s just gonna take time. This doctor saved my life, for real.

Dr. Breaux is concerned, caring, pleasant and gets to know his patients personally. He is always interested in getting to know you as a person and not just a patient. I would recommend Dr. Breaux and his staff unequivocally to anyone I knew looking for a heart specialist.