How Does AFib Increase Stroke Risk?

The average person with atrial fibrillation (also called AFib or AF) is five times more likely to have a stroke than someone with a regular heartbeat. That’s because AFib can decrease the heart’s pumping capacity by as much as 30%. Because blood isn’t pumped out of the heart normally, it’s easier for blood cells to stick together and form clots in an area of the heart called the left atrial appendage (LAA). When a blood clot escapes from the LAA and travels to another part of the body, it can cut off the blood supply to the brain, causing a stroke.

In people with atrial fibrillation not caused by heart valve problems (the most common type of AFib), more than 90% of stroke-causing clots that come from the heart are formed in the LAA.

Learn More About Types of AFIB, Symptoms & Risks, and Treatment for AFIB 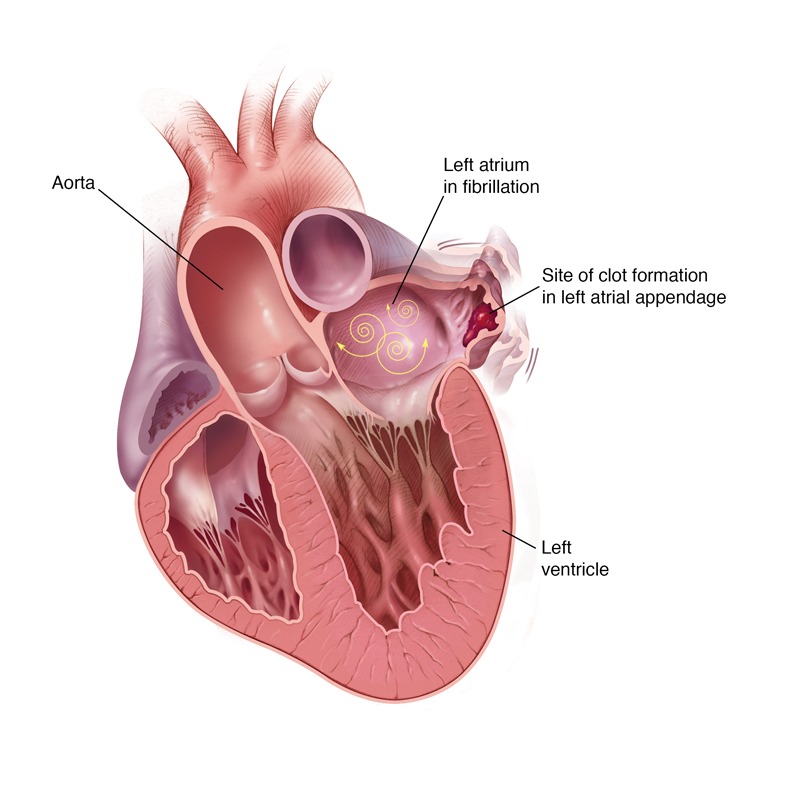 More than 90% of stroke-causing clots that come from the heart are formed in the LAA. More than 90% of stroke-causing clots that come from the heart are formed in the LAA.

Blood thinners, also called anticoagulants, are an effective way to lower the risk of stroke in people with atrial fibrillation not caused by heart valve problems. Common blood thinners include warfarin (also known as Coumadin®), Eliquis®, Pradaxa®, Xarelto® and Savaysa®.

But some people need an alternative to blood thinners, because they can increase the risk of bleeding. Some bleeding events are minor and easily treated, like a cut taking longer than normal to stop bleeding. In other cases, the bleeding can be life-threatening, such as when bleeding in the brain causes a stroke.

If you have a history of bleeding or a lifestyle, occupation or condition that puts you at risk for bleeding, your doctor may consider an alternative to blood thinners, such as the WATCHMAN Implant.

An Alternative to Blood Thinners

WATCHMAN is a permanent implant that offers an alternative to the lifelong use of blood thinners. It’s about the size of a quarter and made from very light and compact materials commonly used in many other medical implants. 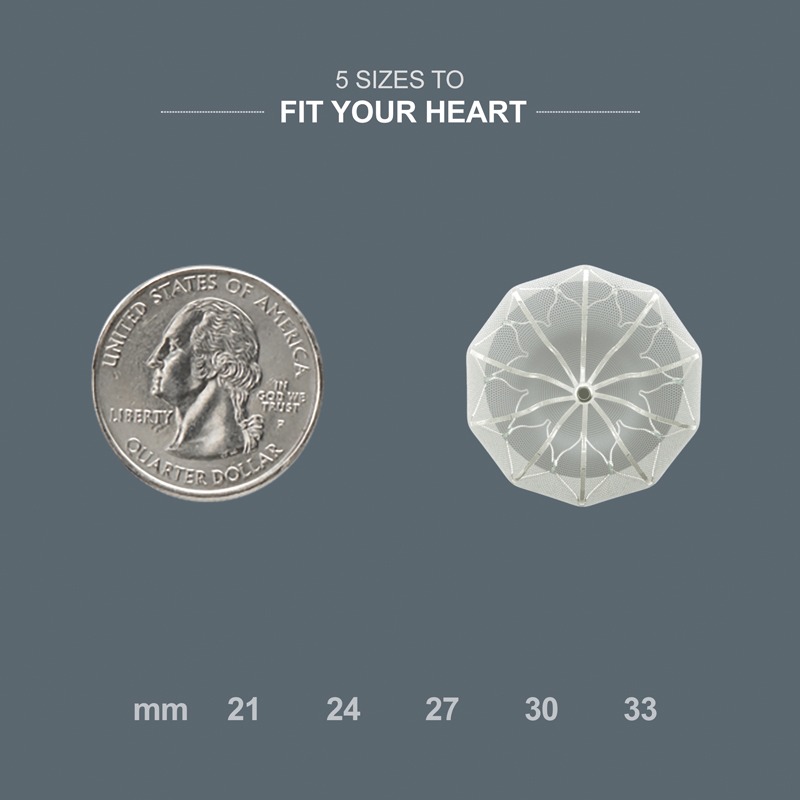 The WATCHMAN Implant is about the size of a quarter and made from very light and compact materials commonly used in many medical implants. 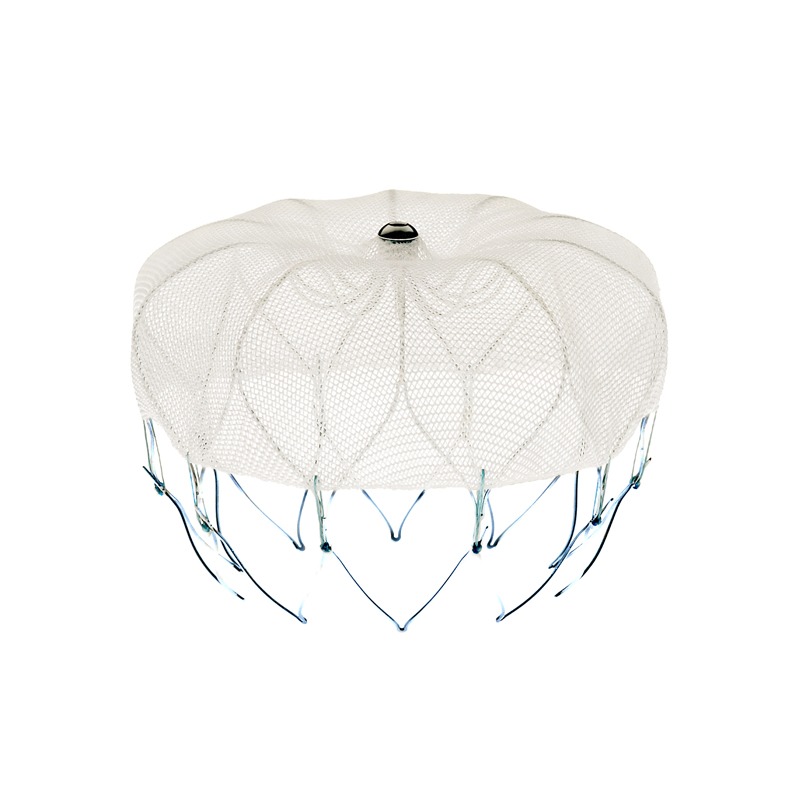 The WATCHMAN Implant is about the size of a quarter and made from very light and compact materials commonly used in many medical implants.

WATCHMAN effectively reduces the risk of stroke by permanently closing off the LAA to keep blood clots from escaping. WATCHMAN can eliminate the bleeding risks and regular blood tests and food-and-drink restrictions that come with warfarin. In a clinical trial, 9 out of 10 people were able to stop taking warfarin just 45 days after the WATCHMAN procedure.

In a clinical trial, 9 out of 10 people were able to stop taking warfarin just 45 days after the WATCHMAN procedure.

How is WATCHMAN Implanted?

WATCHMAN is implanted into your heart in a one-time procedure. To implant WATCHMAN, your doctor makes a small cut in your upper leg and inserts a narrow tube, as done in a standard stent procedure. Your doctor then guides WATCHMAN into your heart’s LAA. The procedure is done under general anesthesia and takes about an hour. Patients commonly stay in the hospital overnight and leave the next day.

See how the WATCHMAN Implant procedure works to help reduce stroke risk in people with atrial fibrillation not caused by a heart problem.

Following the WATCHMAN procedure, you’ll take warfarin for 45 days or until your LAA is permanently closed off. During this time, heart tissue will grow over the implant to form a barrier against blood clots. Your doctor will monitor this process by taking pictures of your heart to see when you can stop taking warfarin.

Your doctor will then prescribe a medicine called clopidogrel (also known as Plavix®) and aspirin for you to take for six months. After that, you’ll continue to take aspirin on an ongoing basis. A very small number of patients may need to keep taking blood thinners long term.

In a clinical trial:

Is WATCHMAN Right for You? 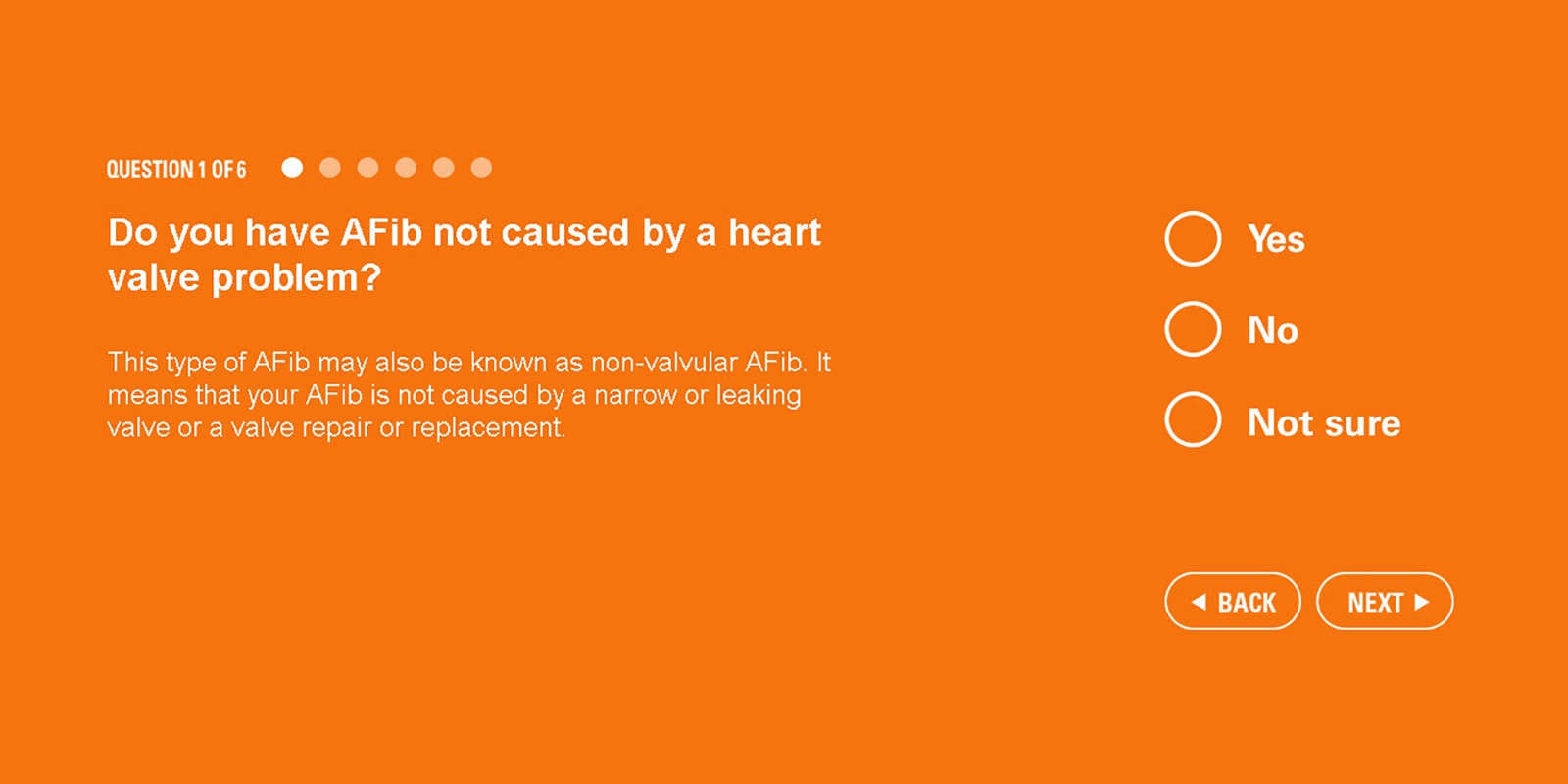 Hear from a WATCHMAN Patient Marjorie had a hemorrhagic stroke while taking blood thinners and needed an alternative treatment to reduce her AFib stroke risk. See how WATCHMAN gave her new hope. When atrial fibrillation and the bleeding risks of blood thinners started to slow down Ingrid, an active 55-year-old, she talked to her doctor about an alternative treatment. See how WATCHMAN helped give her a new lease on life. When Billy became anemic and needed three units of blood transfused, it was time to explore an alternative to blood thinners for reducing his AFib stroke risk. See how the WATCHMAN Implant helped this former pro football player stay active in his community. See how the WATCHMAN Implant gave Bill an alternative to blood thinners and helped him enjoy more time out in the garden and walking his rescue greyhound.

The first step to finding out if you’re a candidate for WATCHMAN is making an appointment with a cardiologist to discuss your options.

For more information and to make an appointment, call Baton Rouge Cardiology Center at 225-769-0933 or email us at info@brcardiology.com.